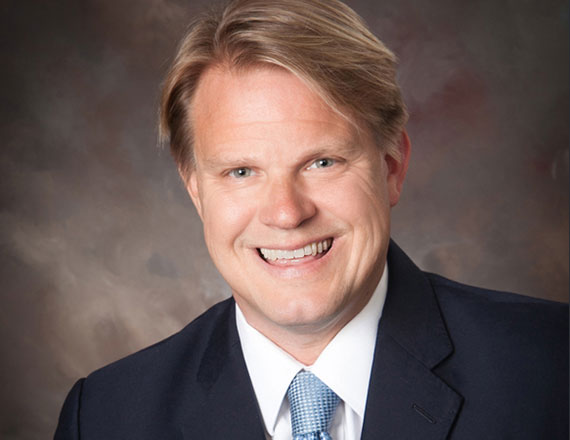 Frank M Bogulski was born and raised in Hamburg, NY along the lakeshore where he enjoyed water sports and played ice hockey. He graduated from Frontier High School and received a United States Army ROTC scholarship to attend Cornell University. While at Cornell, Frank studied economics and business and received a Bachelor of Science degree in Industrial and Labor Relations. He was active in the Army ROTC program and completed the United States Army Advance Camp at Fort Brag, NC. Following his educational career at Cornell, he was commissioned as a United States Army Officer and served in the military police. He served as military police at Fort McClellan, AL and then entered the NY Army National Guard to serve until 2001.

Frank also worked for CSEA union, New York’s largest public employee union, as a labor relations specialist representing workers, contract negotiations and other labor relations problems. Mr. Bogulski began his studies at the University at Buffalo Law School in 1998 and graduated in 2001. He received the American National Bar Association Award for excellence in the study of Labor Law.

get a free consultation

Please provide some general information about your situation, but do not include any sensitive details at this time.

When selecting an attorney, it is important to choose a lawyer that is credentialed, trial tested, and will fight hard to protect your rights. Frank M. Bogulski is Ivy League educated and trial tested. Each year, he attends numerous continuing legal education classes to keep up with the latest developments in the law.

Listed below are only a few examples of the success that our office has recently had in representing our clients.

In March, 2011, Mr. Bogulski began a trial in New York State Supreme Court before the honorable Russell P. Buscaglia. His client was charged with murder in the second degree.

The prosecution alleged that the defendant appeared on his Facebook page with what appeared to be a shot gun.

Mr. Bogulski successfully defended this case and the boy was cleared of all charges.

The prosecution's theory was that the defendant appeared on Facebook with what appeared to be a shot gun. Mr. Bogulski hired a weapons expert from Rochester, New York. The expert testified that the purported shot gun was actually a BB gun.

There were also two witnesses that testified that the defendant had committed the murder. Mr. Bogulski successfully impeached both witnesses, catching them in unreliable testimony.

On September 19, 2013 date defendant was charged by Buffalo State University Police with Driving While Intoxicated on Elmwood Avenue in the City of Buffalo, New York. Frank M. Bogulski was retained to represent the defendant and filed various motions seeking dismissal of the charges. After a suppression hearing the Court found that the University Police did not have probable cause to stop the defendant and the charges were subsequently dismissed by the Erie County District Attorney’s Office.

A 30 year old woman was charged with Driving While Intoxicated after allegedly hitting a parked car on Norwood Avenue in the City of Buffalo. After extensive pre-trial litigation, Mr. Bogulski was successful in getting all charges against the defendant dismissed.

A man was charged with possession of a controlled substance and possession of a hypodermic instrument. The police had falsely charged the defendant with drug charges in addition to various Vehicle and Traffic charges. The court dismissed these charges on the ground that the defendant had been coming home from work at the hospital and had accidentally placed the needles in his pocket.

An Amherst woman was charged with criminal possession of a controlled substance, specifically cocaine.

Mr. Bogulski was successful in having the court dismiss the charges on the ground that the prosecution did not timely produce a lab indicating that the alleged substance was cocaine.

Defendant was charged with Burglary in the First Degree, Criminal Possession of a Weapon in the Secon Degree, Criminal Obstruction of Breathing or Blood Circulation, Menacing an Endangering the Welfare of Child on September 30, 2013. Frank M. Bogulski represented the defendant in this matter that stemmed from an alleged domestic violence incident. The prosecution had been attempting to get the defendant to take a plea bargain that would have involved prison. Mr. Bogulski advised the defendant not to take a plea because the charges against him were weak. Attorney Frank M. Bogulski continued to work hard on the case and subsequently, all charges were dismissed.

Mr. Bogulski successfully defended a client against a burglary in the first degree charge. Specifically, he had been charged with breaking into the dwelling of another person and was additionally charged with weapons and drug possession.

Mr. Bogulski served pre-trial motions on the prosecution and was successful in getting the charges against him dropped for lack of evidence.

In this case, the defendant was charged with burglary and criminal possession of stolen property. The Buffalo Police alleged that the defendants had wrongly entered a construction site and took various tools and metal and sold them for scrap. The defendant maintained his innocence from the beginning and refused the prosecution’s plea offers.

The case went to trial and the court dismissed all charges against the defendant.

Man Wrongly Accused of Burglary Found Not Guilty After Trial

A Hamburg man was wrongly charged with burglary and acquitted of all charges.

The complainant had accused him of breaking into her house, stealing jewelry and other items in addition to her car keys. The defendant’s first attorney wanted to settle this case; however, the defendant was adamant about his innocence. The case ultimately went to trial and the defendant was found not guilty of all charges.

In this case, the defendant was wrongly charged with Armed Robbery.

The defendant maintained that he was innocent and did not accept the plea offer of five (5) years. During trial, the complainant and co-defendant testified against Mr. Bogulski’s client, however, justice prevailed and the jury found the defendant not guilty of robbery.

The prosecution argued that a close friend of the defendant's had inside information. They also called a girlfriend to the stand as a witness against the defendant. Mr. Bogulski successfully cross examined the witnesses and discredited their testimony.

The defense theory of the case was that the defendant was a victim of mistaken identity.

In December 2009, A Buffalo bouncer was recently charged with assault for allegedly causing a brain bleed to a patron. Two police officers testified that they saw the bouncer assault the complainant.

Mr. Bogulski and his client took this case to trial and challenged the testimony of the police witnesses. Mr. Bogulski called several reliable witnesses and jury dismissed all charges against the bouncer.

A Cheektowaga man was accused of assault after he had a fight with an acquaintance. The Erie County Town Judge dismissed the charges on the grounds that the complaint was facially insufficient and that the individual was defending himself.

This case the defendant was from Monroe County – Rochester area. The defendant had been charged with aggravated harassment in violation of Penal Law 240.30 for allegedly making harassing and threatening phone calls to a man that had purchased a motorcycle from him.

The jury heard evidence from several witnesses indicating that the defendant was simply attempting to receive payment from the motorcycle that he had sold. The judge had indicated that if Mr. Bogulski’s client took a plea that he would receive jail time. The defendant rejected the plea offer and took the case to trial because he was innocent.

After hearing all the evidence, the jury found the defendant not guilty of all charges and dismissed the case.

On or about June 28, 2013 a defendant was charged with Menacing in the Third Degree and Harassment in the Second Degree in Tonawanda City Court. The police alleged that the defendant harassed his neighbor in an aggressive manner. Mr. Bogulski zealously represented his client and was extremely persistent in defending this case, ultimately leading to a dismissal on November 19, 2013. The charges were dismissed in their entirety with prejudice.

This defendant was driving on Route 400 in the Town of Elma and was pulled over by police for “swerving.” The police detained the driver and began to question him. After questioning the driver, police searched his vehicle and found cocaine.

Mr. Bogulski filed a motion in New York State Supreme Court seeking suppression of the illegally obtained cocaine. The defendant had been charged with Criminal Possession of a Control Substance in the third degree with intent to distribute, a class “B” felony and was facing up to twenty-five (25) years in prison.

Following a suppression hearing in which the defendant’s girlfriend testified as well as the police officer, the Supreme Court Judge determined that the police had exceeded their authority in searching the defendant and his vehicle. The judge found that the defendant has been pulled over for a minor traffic stop and should have been issued a ticket and released rather than detained.

Consequently, the cocaine evidence was suppressed and the case was dismissed.

The defendant had been arrested with 28 other individuals and charged with conspiracy to distribute cocaine. Federal agents heard him on a wire tap and he was indicted in 2008.

On August 2011, Federal criminal defense attorney Frank M. Bogulski was successful in convincing the government to dismiss drug conspiracy charges against his client.

A nursing home aide was charged with neglect and forgery for falsifying Government records after the Government alleged that she did not use proper lifting techniques to move a patient. Several of the client’s co-defendants took plea bargains to reduced misdemeanor charges. The client continued to maintain her innocence and refused to plead guilty to a crime she did not commit. Mr. Bogulski met extensively with the client to prepare her for her testimony before the Erie County Grand Jury. After hearing all of the evidence and lack of evidence against her, the client was cleared of all charges.

A 23-year old woman was charged with statutory rape for allegedly having sex with underage boys. The defendant denied the accusations made against her. Despite this, the Cheektowaga police pursued charged against her. After consultation with Mr. Bogulski, the defendant refused to take a plea bargain based on her innocence. Eventually, all charges were dismissed.

Buffalo man was charged with illegally possessing a weapon. Specifically, he was charged with violation Penal Law Section 265.03. In New York, illegal gun possession carries a minimum of three and a half years (3.5) and a maximum of fifteen (15) years. Mr. Bogulski was successful in arguing that the police improperly searched his residence and therefore the charges against the client were dismissed based on the illegal search of his home without a warrant.

*Attorney advertisement: The Information obtained from this website is not intended as a substitution for legal counsel or advise. You should consult with an attorney regarding your case. Some of the images presented in this website are stock photographs.